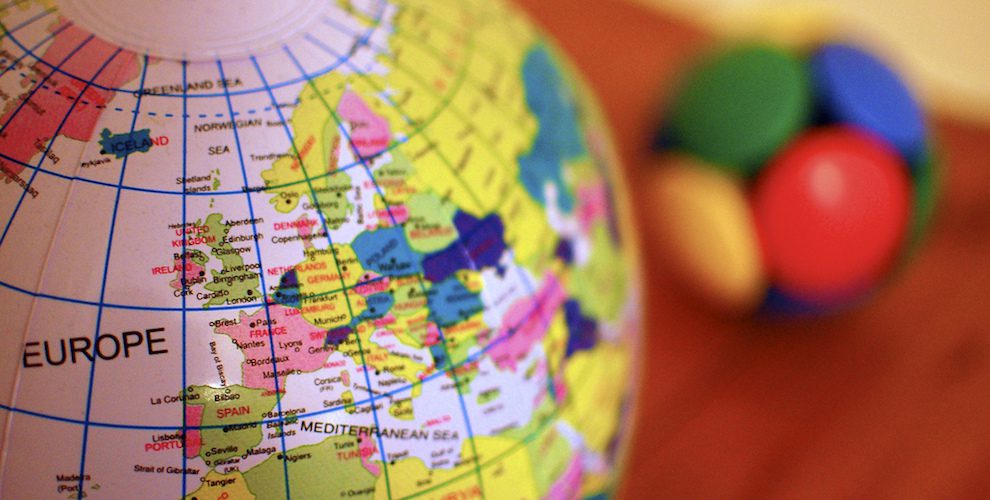 If you don’t have revenue, you don’t have a product: It’s one of the first things I tell my clients. With the news media facing extreme economic pressure in many countries, I was keen, in my recent report for the Reuters Institute for the Study of Journalism, to focus not only on editorial innovation but also the commercial innovation that is supporting new formats.

I found news organizations around the world answering the questions of how to monetize radically distributed content strategies, grappling with changes in social media use, and finding a new way to connect with their young audiences when Facebook no longer reached them.

Our goal in the report wasn’t to provide an exhaustive look at all of the forms of content innovation happening, but rather to use the lens of non-article formats to look at how news organizations are creating truly digitally native content. Zeroing in even further, we focused on three general areas of innovation: Radically distributed publishing, conversational interfaces including apps and chatbots, and visual journalism including virtual reality.

140journos: Seeking a business model in a repressive media environment

While most news organizations use social media to distribute their content to some extent, 140journos in Turkey takes it to a whole other level. It distributes its content on 15 different platforms, including the dating app Tinder, said cofounder Engin Önder.

Önder and two friends launched 140journos (the “140” refers to the character limit on Twitter) in 2012, inspired by a Turkish journalistwho used the platform to break a media blackout around an airstrike that killed civilians in a Kurdish village near the Syrian border.

140journos quickly expanded to other platforms, although Önder still describes Twitter as “the mothership.” The team curates content from social media and has contributors on the various platforms who send photos, videos, and first-person reports to them. They try to adapt their efforts to the unique nature and opportunities of each platform. The Tinder experiment, for example, used fake profiles to deliver news to people in Turkey who would not otherwise engage with it, Önder said.

The main editorial challenges for 140journos have been around changes in the behavior of their contributors. Fewer people are providing first-person reports than they did during the major protests in Gezi Park in 2013, and Turkey (like many countries) is seeing a shift from open social networks to more closed messaging platforms.

Commercially, the project has been supported by 140journos’ creative and events agency, the Institute of Creative Minds. “Appealing to investors for a political news site [in Turkey] is almost impossible,” Önder said.

This year, 140journos plans to launch a wide range of revenue initiatives, including new niche verticals, a membership scheme for the most loyal readers, and a subscription service that will allow for a degree of personalization of content in key verticals. It will sell some of its generic images and videos to stock content sites, will sell some of its high-quality images and videos directly, and will sell rights to some of its documentaries. It also plans a premium English-language news service for professional journalists covering Turkey.

With a full-time staff of only 10, 140journos shows that you don’t have to be big or have a big budget to innovate.

Rappler launches a chatbot to overcome the limits of Facebook

Rappler in the Philippines started out as a Facebook page in 2011, and it continued to leverage social media to fuel rapid growth. CEO Maria Ressa told Nieman Lab in 2012 that by using social media, the site was able to reach traffic levels that the largest traditional Filipino media companies took a decade to reach.

Ressa and the other founders of Rappler knew that to support the kind of independent journalism they wanted to provide, they would need a solid business model. Their commercial activities are done under the banner of #BrandRap, which creates custom content, native advertising, and social media marketing, as well as crowdsourcing and big data projects for clients.

Rappler is trying to adjust its strategy to a decline in Twitter use in the Philippines in the last year. The company doesn’t have research to explain the decline, but Gemma Bagayaua Mendoza, who heads up research and content strategy at Rappler, thinks Facebook is better suited to Filipino culture. “Twitter is mostly for consumption of information, but Facebook provides a bit more in-depth experience that loops into family and networks,” she said, adding that almost every Filipino has a relative abroad, and Facebook helps them stay in touch. (Also, since 2013, Facebook has subsidized mobile data use of its service in a country in which pay-as-you-go mobile phone plans are the primary way that Filipinos use the mobile web.)

To leverage Facebook’s dominance, Rappler built a chatbot to allow people to contribute to its crowdsourced NotOnMyWatch government reporting project.

It also created RapRap, a Facebook bot designed to overcome what the team saw as limitations in Facebook’s algorithms. The team hopes that RapRap will increase discovery of Rappler content on Facebook and allows them to better communicate their editorial priorities.

Helsingin Sanomat editor Jussi Pullinen describes youth section Nyt as a “gateway drug” to get young Finns in the habit of reading the newspaper. In 2013, Helsingin Sanomat, the largest paper in Finland, relaunched Nyt to sharpen its digital focus and drive growth through social media promotion and engagement.

However, the initial social media strategy stalled. “If you want to reach young masses, Facebook is increasingly not the way,” Pullinen said. Instead, 80 percent of young Finns are using WhatsApp.

Nyt launched on WhatsApp with zero marketing and thought they might attract a few hundred early adopters. Instead, they got 3,000 followers in a week. Without developer tools, “it quickly became manual labor,” Pullinen said.

Their research has found that their young readers are resistant to display ads, so they have a commercial content channel for competitions and coupons from advertisers. For instance, they had a competition where their users sent in their best Hunger Games pose selfies for a chance to win tickets to the movie.

The app has somewhere between 20 and 30,000 downloads, but the team is still trying to find a way to match the levels of engagement it reached with its WhatsApp experiment.

The commercial partnerships take more work to sell, but on the plus side, Pullinen said, “the users don’t seem to mind if it is good content and meaningful.”

Spanish newspaper El País wanted to make a splash for its 40th anniversary last year. So it used virtual reality to take its readers to Fukushima, the region of Japan still struggling to recover from the nuclear disaster caused by the 2011 earthquake.

What really interested me about what El Pais was doing was how it managed not only this project but a wide range of innovative projects including VR, chatbots, and enhanced newsletters. David Alandete, the digital managing editor for El País, said the paper has longstanding relationships with outside companies to help deliver these projects.

When the projects are successful — which the VR project was — El País may hire staff and buy equipment to bring them in house. But the partnerships allow it to innovate quickly and cost-effectively.

Alandete created a digital production unit six months ago, which provides project management support for the wide range of innovative projects El País is involved with at any given time. “The project may be VR. It may be an interactive map of U.S. elections. This group makes sure that projects we have in hand are in the daily flow and have appropriate resources,” he said.