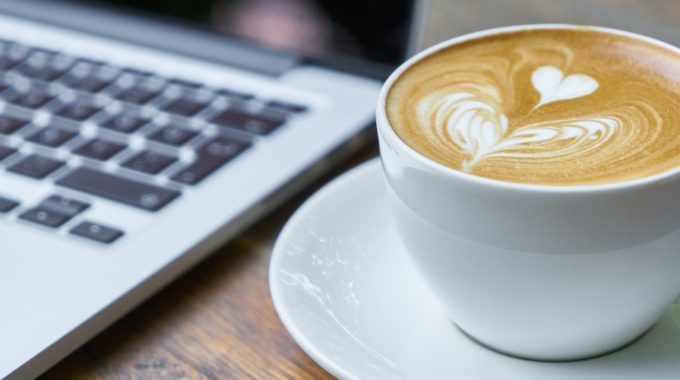 MOST EMAIL NEWSLETTERS, even if they’re fortunate enough to sidestep spam filters, sit idle and unopened in recipients’ inboxes. Newsletters dedicated to the latest media-industry chatter, reporting resources, and news stories have proliferated, offering journalists an essential resource for reporting. However, there are a plethora of options, and all newsletters are not created equal.

We compiled an essential list of culture, tech, and policy-driven newsletters you should be following if you work in the media:

NextDraft, David Pell’s witty curation of “the day’s most fascinating news,” groups news under 10 topics or themes, typically with a playful headline, and is peppered with personal anecdotes from Pell’s life. The top of Pell’s May 4, 2017, newsletter, a section titled “Fish and Scripts,” is a good example of what to expect:

“I’m starting to get worried that my kids are on drugs. They keep suggesting that we go for a swim in a river or eat some fresh seafood. It turns out, either might be a pretty decent way to score a buzz. The US is the prescription drug capital of the world, and as Ars Technica reports, ‘Americans aren’t just putting these drugs into their bodies; they’re also putting more drugs into the environment. A growing body of research suggests all types of drugs, from illegal drugs to antibiotics to hormones, enter the environment through sewage and cesspool systems across the country. And while pharmaceutical drugs—when used as prescribed—are capable of curing disease and alleviating symptoms in people, they can wreak havoc on nature.’”

BuzzFeed technology writer Charlie Warzel is behind Infowarzel, an accounting of how the pro-Trump media is reacting to the news that invites subscribers to “break your filter bubble.” It’s a must-read, especially for journalists with progressive leanings who tend to regard right-leaning outlets with scorn or disbelief.

There’s a lot happening with health care these days. But Vox‘s new health care newsletter, VoxCare, has you covered: “After each hectic day in the healthcare debate, our goal is to deliver some clarity to your inbox — about why the GOP is really fighting with the Congressional Budget Office, or why the biggest Obamacare development is actually in Alaska,” the media organization says.

The Root is an online magazine focused on African American politics, news, and culture, founded by renowned scholar Henry Louis Gates Jr. and Donald E. Graham about nine years ago. In a media landscape sorely lacking diversity at every level, The Root provides important perspectives outside the mainstream news diet, and the website’s daily newsletter brings that mission right to your inbox.

Need to Know is a newsletter by the American Press Institute focused on “Fresh useful insights for people advancing quality, innovative and sustainable journalism.” Subscribe for a daily dose of news about the media like layoffs, job leads, and new hires at media organizations; the latest numbers on subscriptions and revenue for major publications like The New York Times and Economist; the efforts of smaller, local media organizations to thrive in a fast-changing industry; what people are saying about the media, and more.

The Daily Digest by Nieman Journalism Lab focuses on innovation in the journalism industry and sets its sails toward figuring out the future of journalism. To that end, the Daily Digest includes developments about what’s new in the field, and a “What We’re Reading” section with further insights.

Politico is one of the biggest names in American political journalism. The outlet describes its newsletter, Politico Playbook, as a “must-read briefing on what’s driving the day in Washington.” It lives up to its billing with a daily rundown of the latest political developments, concise news analysis, and observations from our nation’s capitol. The newsletter also comes as an audio briefing for those on the go. While the focus is on DC, the Playbook family also includes newsletters tailored for a handful of states, including California, Illinois, New York, New Jersey, and Massachusetts.

Few other outlets explain and analyze major news like The New York Times, which makes the Interpreter newsletter all the more essential.  The newsletter is tied to a column written by Max Fisher and Amanda Taub of the Times, which delves into the context and ideas behind major events. For instance, A May 2 post tied France’s midcentury conflict with former colony Algeria to “a crisis of identity and integration that is playing out in France’s battle for the presidency.”

Investigative Reporters and Editors puts together its biweekly newsletter, Quick Hits, and packs it with tips and tricks for reporters looking to complete in-depth and investigative reporting projects, as well as interviews with journalists, information on upcoming events such as conferences and training workshops.

The Ida B. Wells Society Newsletter

The Ida B. Wells Society, formed last year by veteran journalists such as New York Times staff writer Nikole Hannah-Jones and ProPublica reporter Topher Sanders, aims “to increase the ranks, retention, and profile of reporters and editors of color in the field of investigative reporting,” according to its website. If you fit that description, you might want to sign up for  the group’s newsletter to stay in the loop about the latest trainings, workshops, and networking opportunities.