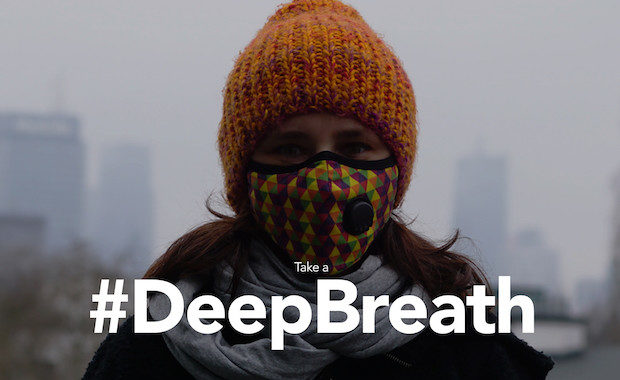 “Beijing was attacked by a sandstorm yesterday, and the heavy wind in the morning is blowing the smog away”, said the caption of an Instagram picture of Beijing’s dusty sky, uploaded this morning by Chara, one of the reporters participating in a project called #DeepBreath.

They started posting images, videos and text updates about their reporting process on the morning of 5 May, and they will continue to share live insights into the process over the next 24 hours. Their reporting will ultimately become an interactive story published at the end of May.

#DeepBreath is the third project of an organisation called Outriders, a group of eight reporters, photographers and developers, who set up the initiative in January with the aim of “reinventing the foreign correspondent”, founder Jakub Górniki told Journalism.co.uk.

“We want to find new ways to work on the ground, in the field, and focus on original reporting while providing a global perspective,” he said.

Outriders has been producing regular dispatches from Ukraine and Turkey on topics such as Crimean sanctions or the possibility of peace in Syria. The team has also developed two interactive stories since March: Balkan Route, showing the journey of refugees, and Lunik IX, about the largest Roma settlement in Slovakia.

The idea for #DeepBreath came in January, when the debate around whether society’s actions can have a positive impact on air pollution had just started in Warsaw, Górniki said. He pointed out that it had been a highly discussed issue in Krakow many years before, since the city has a high rate of pollution.

The group then started looking into how they could provide a bigger perspective on what’s happening in other cities where air pollution is high, and they began building a team of correspondents to tackle the issue in different locations.

The correspondents working on #DeepBreath. Image courtesy of Outriders

The final interactive will be published at the end of May and it will include video, images, text and data visualisation. But with the 24-hour live dispatches going out today, Outriders wants to show the audience what goes into the reporting process of each person working on the story: who they talk to, how they prepare, what the environment is like where they are.

The eight #DeepBreath correspondents have to upload a minimum of three social posts today, using platforms such as Facebook and Instagram. The materials are also being added to a landing page on the Outriders website.

The hourly updates they have provided so far include a picture of a professor working with the Natural Resource Defense Council, interviewed by the Beijing reporter, and insights from a doctor of internal medicine in Kabul.

The reporters are all looking at air pollution from different angles, speaking to sources ranging from university researchers and doctors to activists and families affected by pollution, before piecing everything together for the final story.

“It will be interesting as an experiment too, to see how this collaboration works. We have seen a lot of enthusiasm from the reporters who joined, that it’s not just a gig.

“When it started it was more like ‘okay, you do part of the story for us, we’ll give you money and then we will compile it’, so more like the older model.”

Finding the right balance in teasing and promoting #DeepBreath before the interactive is published was important, he added, because the aim was to show the audience how the correspondents approached the topic, what worked and what didn’t, without “making them the heroes”.

“It’s very important for us to provide original reporting and to have the audience trust us, but since we are new, it’s actually very interesting to see how everything changes when you put trust at the center of everything.”

Also launching today is a crowdfunding campaign, in which Outriders is aiming to raise $2,000 in the next 30 days to cover the editorial and administrative costs for #DeepBreath.

In a few months’ time, the team is aiming to introduce subscriptions for readers who want to support their journalism, but the model will be more similar to that of non-profit membership outlets.

There will be no paywall and the stories will continue to be available for everyone, whether they choose to donate or not.

“We want to turn this into something we can do on a regular basis, so we want to see how we can develop small or medium international collaborations like this one to work on further projects.”