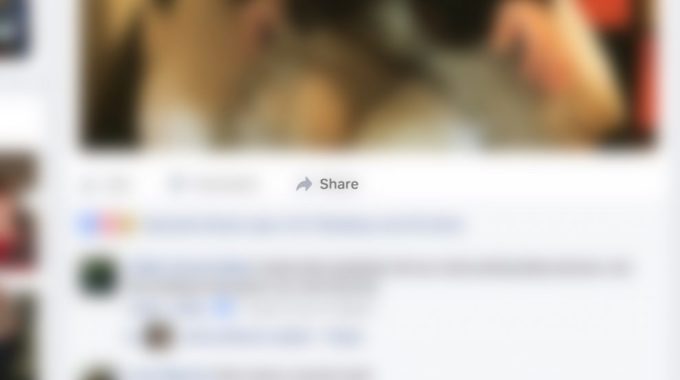 “When people see news from a person they trust, they are more likely to think it got the facts right, contains diverse points of view, and is well reported.”

From new mottos to television advertising campaigns, news organizations are refocusing efforts on why their readers should trust them. But new research suggests they should also focus on who their “ambassadors” are: The main factor in determining a reader’s trust in an article appears to be who shared it, not the news organization that published it, according to a study out Monday from The Media Insight Project, a collaboration between the American Press Institute and The Associated Press-NORC Center for Public Affairs Research.

People say that the news organization matters to them a lot, and a 2016 study by the Media Insight Project found that Americans said the original news source was the biggest “cue” they used to help determine whether they trusted the content in an article they found on Facebook. “We wanted to test whether that was really true, or whether people just believed that was the case.” So the researchers designed a project:

We created a simulated Facebook post about health news and presented it to an online sample of 1,489 U.S. adults who are part of AmeriSpeak, NORC’s nationally representative survey panel.

Each person saw a health news post from one of eight public figures who often share information about health, a list that ranged from Oprah and Dr. Oz to the Surgeon General of the United States. Half the people were randomly assigned a sharer they had earlier identified as a person they trusted. The other half were randomly shown a sharer they had earlier said they didn’t trust…

After viewing the post, everyone saw the accompanying health article headlined: “Don’t let the scale fool you: Why you could still be at risk for diabetes.” For half the sample, the article was labeled as coming from The Associated Press (AP). For the other half, the reporting source was fictional, something called the DailyNewsReview.com.

They found that a trusted sharer resulted in more trust for the article and more engagement with the original news — including re-sharing the article and signing up for news alerts from the source. Furthermore, the sharer of the article affected how people thought about multiple facets of the article: “When people see news from a person they trust, they are more likely to think it got the facts right, contains diverse points of view, and is well reported than if the same article is shared by someone they are skeptical of.” (A respondent told the researchers in 2016: “I look who shared it. If I have a friend that’s a creep I might not believe it. If a friend is in a certain field, then I might believe what they post.”)

“People are often not aware of how much they are influenced by the identity of the sharer,” the researchers write.

This study focused on adults, but its results echo the findings of a recent study by the nonprofit Common Sense Media on how 10- to 18-year-olds decide whether to trust news: Tweens and teens are particularly trusting of news from family members and teachers.

There are some caveats here. The study only looked at the effect of articles shared by public figures — in this case, Oprah, celeb/trainer Jillian Michaels, NBC News’ Lester Holt, U.S. Surgeon General Vivek Murthy, CNN’s chief medical correspondent Dr. Sanjay Gupta, Dr. Oz, actress Gwyneth Paltrow, and celeb/trainer Kayla Itsines. Results could be different if they were applied to real-life friends in a Facebook feed. Facebook readers may also already be more likely to see people they trust in their feeds; they may un-follow friends who consistently share articles they disagree with, or Facebook’s algorithm may not drive those friends’ shares to the tops of their feeds.

To publishers and journalists: Your readers and followers are not just consumers to monetize, instead they may be social ambassadors whose own credibility with their friends affects your brand’s reputation. It is the sharer’s credibility, more than your own, which determines other people’s willingness to believe you and engage with you. This underscores the importance of news organizations creating strong communities of followers who evangelize the organization to others.

To news-literacy advocates: In light of growing concerns about “fake news” spreading on social media, this experiment confirms that people make little distinction between known and unknown (even made-up) sources when it comes to trusting and sharing news. Even 19 percent of people who saw our fictional news source would have been willing to recommend it to a friend.

To Facebook and other social networks: Facebook and other social networks could do more to emphasize and provide information about the original sources for news articles. The fact that only 2 in 10 people in our experiment could recall the news reporting source accurately after seeing a Facebook-style post suggests that basic brand awareness has a long way to go. We found that sharers affect perceptions more than the original news reporting source—but might that change if Facebook made the reporting source label more prominent?

The study is here.